In everyone’s life it has happened to cut or injured himself by accident. In the injured place within a week, new tissue accumulates, and the wound closes. But with more serious injuries, including after surgery, skin burns or persistent acne, there is a high probability that after the healing remains a lasting scar. If the newly formed tissue grows, hypertrophic cicatrices and keloids occur.

For hypertrophic cicatrices, it is characteristic that they represent hypertrophied (grown) connective tissue, which forms above the site of injury. In contrast, keloids are raised above the level of the skin and are located outside the limits of injury – around it. In addition, they are considered benign formations due to overproduction of connective tissue.

Rarely the appearance of keloids was observed and after tattooing or piercing.

Keloids appear most often on the skin of the chest, neck, shoulders, face and on the ears. They are smooth, shiny and raised skin, which is redder than the rest. Often there may be itching and irritation, as well as pain in the area of the emerging keloid.

For keloids, it is characteristic that they are more sensitive to direct exposure to sunlight. The most affected by their appearance are people in puberty, which is also associated with hormonal changes in the body. After the age of 30-40, the probability of occurrence is greatly reduced.

What are the treatment options?

It is best to start treatment from their initial occurrence. Because even then, with the application of only local corticosteroids, it is high probability that they will disappear. With delay of treatment over time, the probability of a good result with only conservative therapy is reduced. If from conservative therapy there is no effect is switched to the injection of corticosteroids into the keloid itself – subcutaneously. It becomes more difficult to pass the needle since the production of collagen 20 times more in the area.

Therefore, pre-treatment with liquid nitrogen is recommended, which allows softening of the tissue and, accordingly, easier penetration and injection of the desired substance (in this case a corticosteroid). It is essential that procedures are performed over a certain period of time and to determine the individual response of the patient to treatment. Some keloids require only a single application, but in others the treatment may require more than one procedure. In addition, laser therapy is applied, the idea of ​​which is to equalize the color of the keloid with that of the surrounding normal skin.

It is recommended not to subject the place to mechanical impact, therefore to avoid tight clothes, as well as wearing jewelry that is in direct contact with the surface of the keloid. 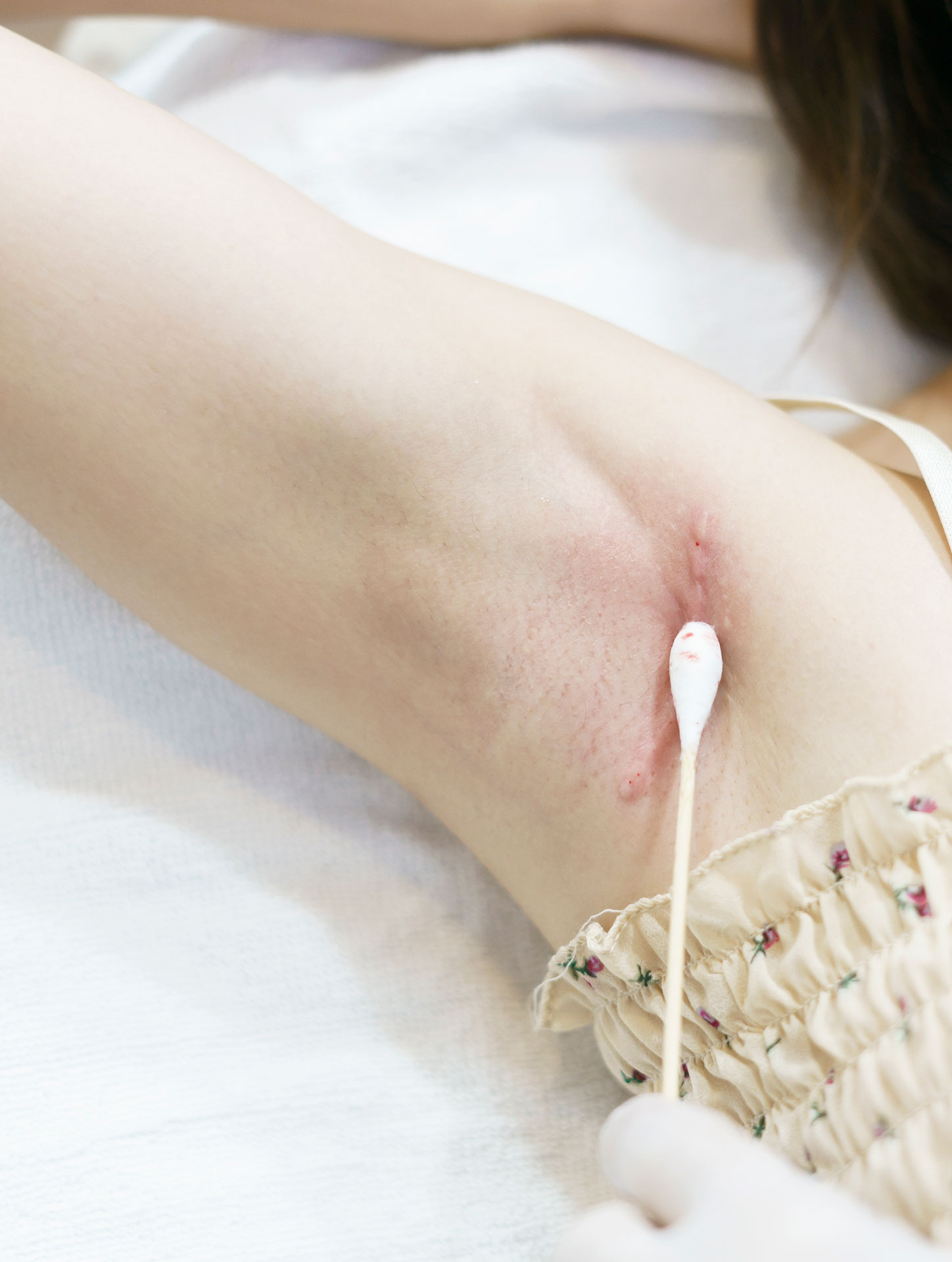 Bellissimo Clinic ©
Images and texts are protected by copyright and their use is prohibited.
Web Design & Marketing conception

Do you need some help?